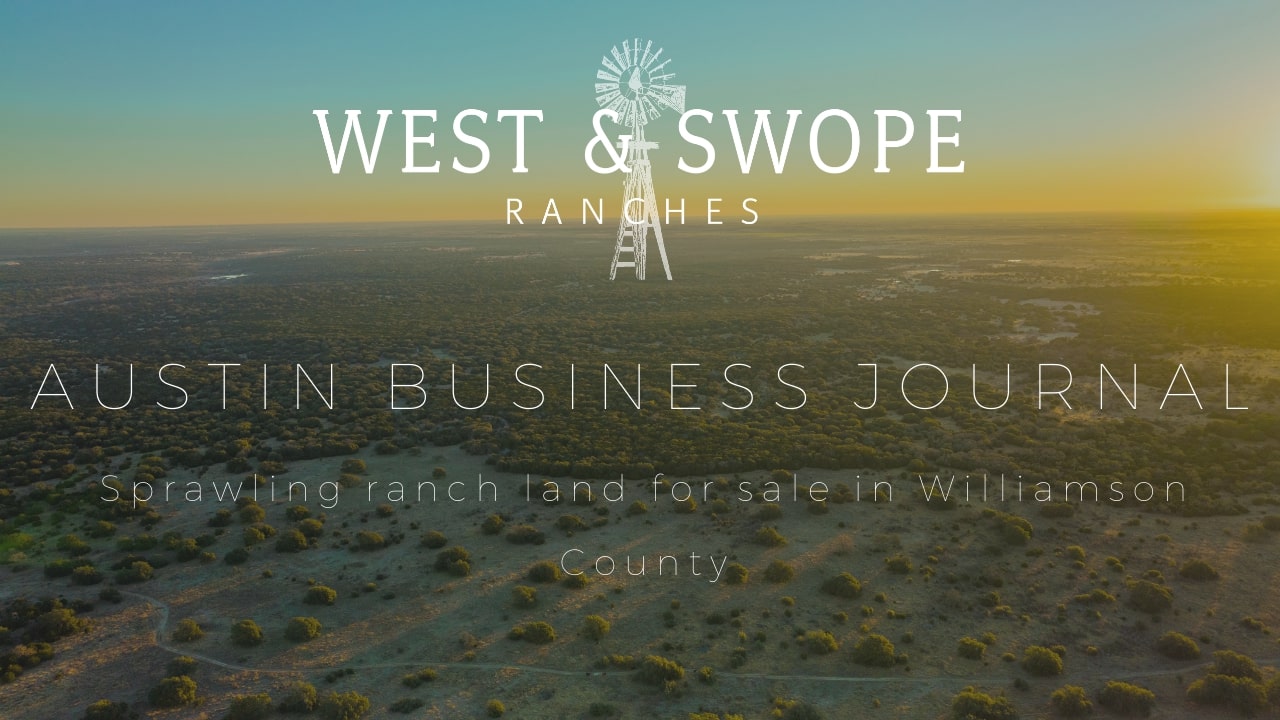 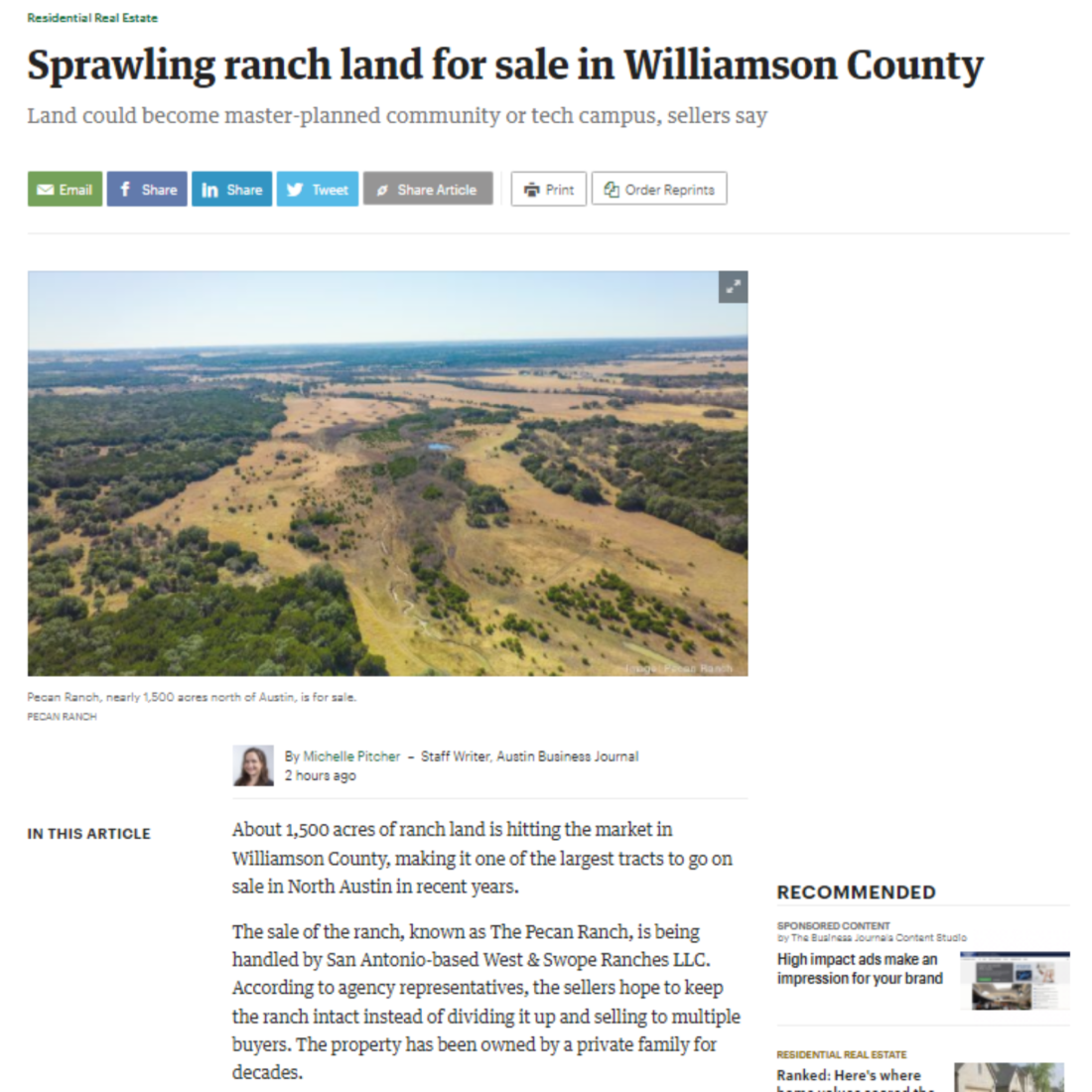 Pecan Ranch, nearly 1,500 acres north of Austin, is for sale.

About 1,500 acres of ranch land is hitting the market in Williamson County, making it one of the largest tracts to go on sale in North Austin in recent years.

The sale of the ranch, known as The Pecan Ranch, is being handled by San Antonio-based West & Swope Ranches LLC. According to agency representatives, the sellers hope to keep the ranch intact instead of dividing it up and selling to multiple buyers. The property has been owned by a private family for decades.

Louie Swope, partner at West and Swope, said the ranch is ripe for a variety of different development options, including a master planned community or a campus for a Fortune 500 company. The land is being listed at $25,000 per acre.

“With how rare large tracts of land such as this one is becoming this close to Austin, Pecan Ranch would be a perfect opportunity for a large developer to acquire or even a private investor to purchase and enjoy recreationally for years as it appreciates,” said Mason Trull, a West and Swope associate who is based in Austin.

Ranch land has become a hot commodity in Central Texas in recent years, as long-held parcels get bought up by high-paying investors and developers. The average price per acre in the Austin-Waco-Hill Country submarket was up 30% year over year, reaching $5,290 in Q3 2021, according to the Texas Real Estate Research Center at Texas A&M University. As prices rose, so did sales: Almost 60% more acreage changed hands Q3 2021 over Q3 2020.

Swope said the brokerage, which specializes in ranch sales, has seen an explosion in market activity over the past two years.

“Over the last two years, we’ve seen a boom in people being interested in ranch property, from an investment standpoint and a recreational standpoint,” Swope said. “It also has people considering their options to potentially sell, so you’re seeing some of these pieces of property coming on the market. I think we’re just at the start of the boom.”

In the Austin area, land prices are being driven up significantly by the ever-growing presence of massive global companies. Tesla Inc. and Samsung Electronics Co. Ltd. both chose relatively rural spots for their massive investments — Samsung’s to the tune of $17 billion — while Apple Inc.’s existing campus on Parmer Lane in Northwest Austin, as well as a second under construction nearby, are on land that once belonged to the owners of Robinson Ranch. In November, Amazon.com Inc. also purchased a piece of Robinson Ranch in Round Rock, the site of a planned warehouse and distribution center.

In addition to the massive companies, many investors have begun eyeing ranch land in Central Texas, some with no clear development plans in mind.

“[Investors] try to buy land in the path of progress, to get it a couple of years before the demand for it is ripe, then reap the benefits when they actually sell it,” Texas A&M research economist Charles Gilliland previously told the Austin Business Journal.

Trull said the influx of new companies moving into Austin has meant a lot of new opportunity and a lot of new workers in the area. In response to this demand, ranch owners are seeing the opportunity to cash out.

Rather than remaining ranch land, many of the properties are being redeveloped.

“We’ve seen a lot of the previous ranches that were for sale around the Austin area have turned more into developed or commercial properties, versus the recreational or cattle ranches that they were previously,” Trull said.

Swope added many sellers might be trying to move out of the path of the urban sprawl, opting to move farther from Austin to continue their ranching operations.