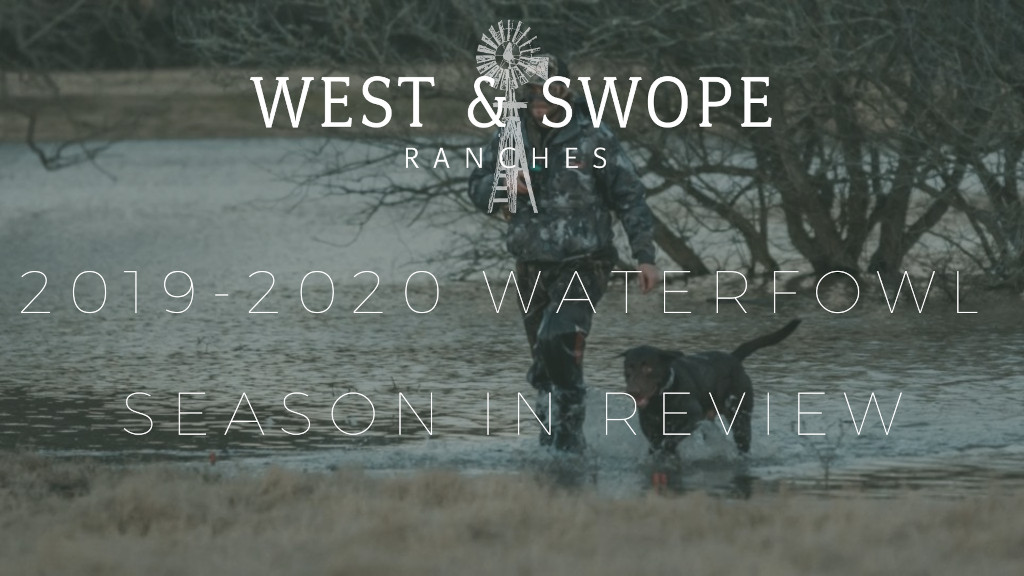 The 2018-2019 waterfowl season in Texas was characterized by record setting rainfall, mild temperatures, and disappointing waterfowl numbers across the state. Heavy rainfall throughout Texas starting in September was at first a welcomed sight by many waterfowl enthusiasts due to the severe lack of water plaguing much of Texas at the time. Unfortunately this heavy rainfall refused to cease since September causing widespread flooding as well as an overabundance of waterfowl habitat. Prime hunting locations in previous years have been flooded this year to the point that they are now too deep to provide optimal habitat for puddle ducks. Furthermore, numerous fields and low lying areas that previously had not held water were flooded as a result of the heavy rainfall, causing for a surplus of waterfowl habitat across the region.  This plethora of waterfowl habitat on their wintering grounds was extremely beneficial to ducks and geese, however proved to be challenging for hunters as the birds were spread out over much of the state. Large concentrations of birds were few and far between only further worsened due to the mild temperatures experienced in the Central Flyway. Lack of harsh winter temperatures allowed for many birds to remain north of Texas as a result of not needing to migrate to their usual southerly locations to find prime wintering habitat. Lastly, declining waterfowl numbers recorded on the nesting grounds compared to recent years numbers resulted in overall less birds migrating South for the winter. A thirteen percent drop in waterfowl numbers compared to last year coupled with a mild winter and overabundance of habitat created a challenging scenario for many hunters this season. Luckily waterfowl numbers across the country remain strong, up seventeen percent as a whole when compared to long-term averages. Likewise, the great abundance of wintering habitat provided this season allowed for many birds to safely winter in previously untouched habitat, hopefully allowing for waterfowl populations to once again flourish once they reach their nesting grounds. Although this season proved difficult for many waterfowl enthusiasts throughout Texas, many hunters were able to still have an enjoyable season and look forward to better seasons in the future.