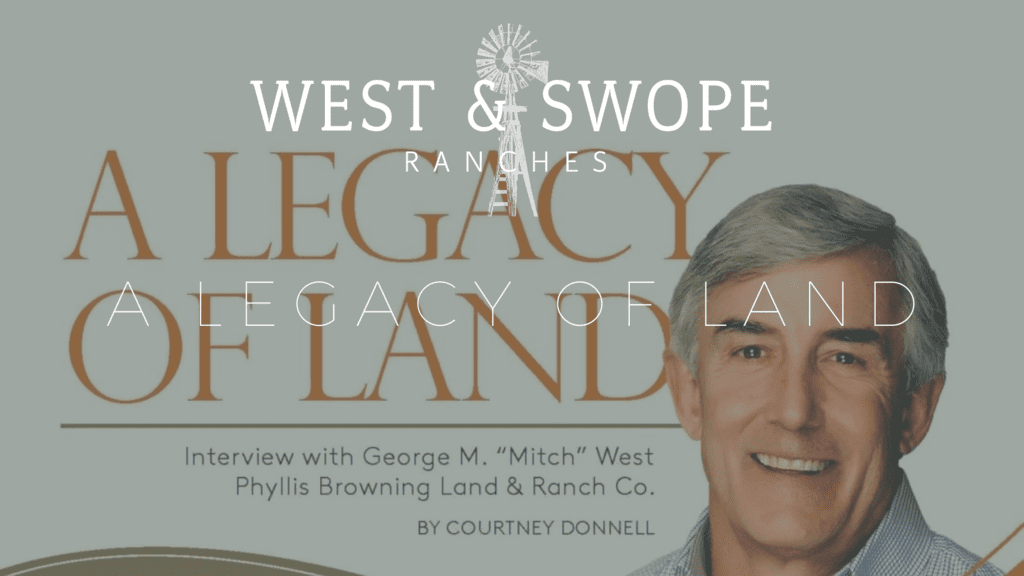 Loyalty, honor, integrity, dedication. These words are powerful. These words are valued. These words are often used, by me, to describe the extraordinary men I am honored to write about in these Broker Spotlights. This month’s spotlight is no exception. George M. “Mitch’ West, of Phyllis Browning Ranch in San Antonio, is a sixth generation Texan, a dedicated family man and a very successful broker. He has traveled the world, worked for some of the most famous ranches in the United States, Canada, Central and South America and spent 43 years in love with the same woman. All of those words definitely apply. But, if I had to pick one word to describe Mitch West, it would be humble. The man truly has no idea just how extraordinary he is.

WHEN AND HOW DID YOU GET STARTED SELLING RANCHES? 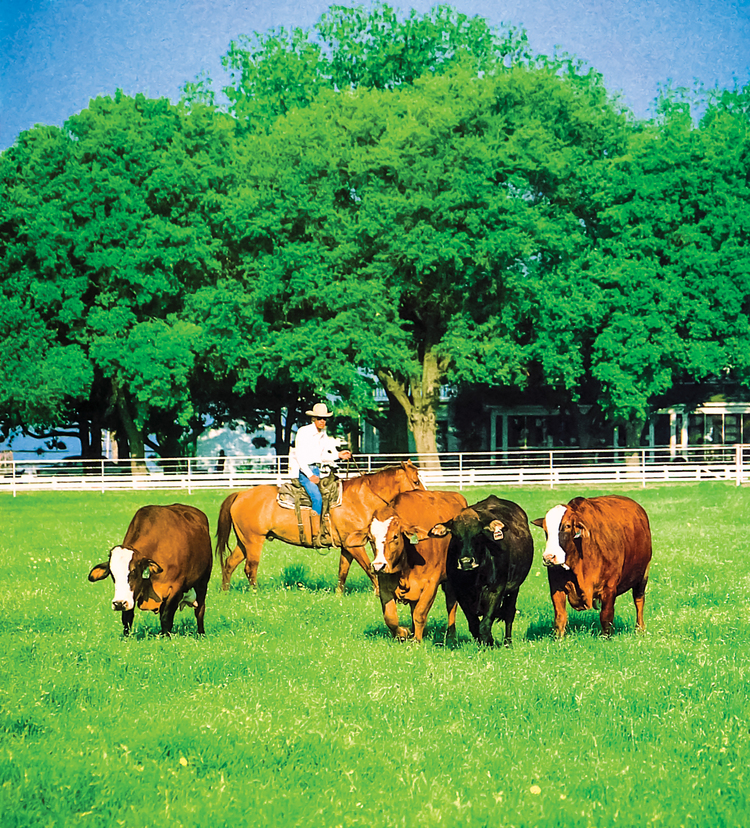 My family moved to a farm in western Bexar County in 1961. I either lived or worked there until 1999. During that time, the farm evolved into one of the largest Bovine embryo transfer facilities in the world. During its hay day, Rio Vista Farms had over 50 full-time employees, five of which were PhD’s, and over 6,000 head of cattle. We had research contracts with Sea World, Charles River Labs and the University of Texas Health Science Network. During those years, I either personally collected from, transferred embryos into, or palpated over 500,000 cows. I did it in almost every South and Central American country, Mexico and Canada, and in some of the most difficult conditions you could possibly imagine. I personally delivered the first bovine embryos from the United States to Canada. My experiences throughout these years gave me as diverse an education in the farm and ranch industry as anyone could ever hope to have. I treasure those years, but by 1999, it was time to make a change.

I decided to stop doing embryo transfer and found a way of making a living that required less travel and less dangerous working conditions.

Farm and ranch real estate seemed like a good fit because of my background, and my intense love of the land. There are brokers that sell more land than I do, but I don’t think there are any that have more fun doing it.

HOW MANY OF YOUR FAMILY ARE IN THE FARM/RANCH INDUSTRY?

I have five brothers. We all worked together at the farm and we all worked hard. Eventually, my brothers left the farm and went in their own direction. They all have been very successful. My family has a proud heritage in the cattle business. My father, Albert West, was a visionary in cattle reproduction/reproductive science. He was instrumental in bringing Simmental cattle to the United States, and was elected president of the American Simmental Association in 1980. Dolph Briscoe, called my great great uncle, George West, “The most influential cattleman in the history of the state of Texas. My mother’s grandfather was W.B. Mitchell and established the Highland Hereford Association. He was not only acknowledged as an excellent cattleman, but also a wonderful man. I may never achieve what these men accomplished in their lives, but their example influences the way that I conduct myself in business. I would never do anything to tarnish their name or mine.

WHAT WAS THE FIRST RANCH DEAL YOU WORKED ON?

About the time I decided to get out of the embryo transfer industry and into real estate, I had an existing transfer client that had a ranch in Bay City, Texas, called The Broken Triangle. It was about 2,000 acres. They gave me the listing and it took me about 10 months to sell, granted it was my first one.

DID YOU GET DISCOURAGED THAT IT TOOK 10 MONTHS TO SELL?

After 22 years of travel, I was just so glad to not be doing embryo transfers and standing behind cows all day. Embryo transfer was a dirty, dangerous, monotonous way to make a living. I did get to see incredible ranches and the different approaches ranching and farming had in other parts of the world. It was an eye opening experience, and that knowledge has served me will in ranch real estate. It took a while to get started, but I just loved doing it. I loved talking about the land. I enjoyed being on the ranch. Ever since then it has been my life.

WHAT IS THE BEST OR MOST INTERESTING DEAL YOU WORKED ON?

Early in my career, I had a beautiful listing on a property near Mountain Home, Texas. I showed it to a man and his wife and they loved it. The man agreed to offer full price, I was so happy. The buyer was unrepresented, so the entire commission would be mine. I called the seller and relayed the man’s offer and who he was and she said to raise the price $4,000,000.

When I relayed the message to the potential buyer, he was furious. He cussed me out and threatened to sue everybody. I listened to him as long as I could and finally said, “Listen, I am so depressed and I can barely breathe. I am going home. Stay as long as you like and lock up when you leave.” On the way home, I got a speeding ticket. It was a tough day, but I did eventually sell the ranch.

WHAT IS THE STRANGEST EXPERIENCE YOU HAVE HAD SHOWING A RANCH?

I was chosen by the diocese of West Texas to sell a ranch that was gifted by their parishioners. We had a potential buyer who wanted to make a presentation to myself, the bishop and a handful of lawyers. He came in and said, “Gentlemen, I am going to be brief. This is what I am offering, and I won’t pay one penny more. You can take as long as you want to make up your minds. If you all decide to do it, I am going to give you $400,000 option money.”

The most impressive thing was that he relayed all of this in about 20 seconds. I have never heard anybody talk that fast and with such conviction. With that, he let everybody know he was busy and wouldn’t take any further time. “I hope somebody taped that, because I would like to listen to it about five times to truly appreciate what he just said.” He wound up buying it.

HOW HAS THE INDUSTRY CHANGED OVER THE YEARS?

You know, I think it has to do with technology. Technology has changed so much. From all of these incredible mapping programs, marketing improvements and the use of the internet. When I started in 1999, all of this was just the beginning. Now, the way we communicate with people using text, email, Skype, social media, it is just amazing to me. It has really made it so much easier and I think technology has changed the business tremendously.

WHAT DO YOU THINK IS THE GREATEST BENEFIT OF OWNING LAND?

I own land, and I think it is the pride of ownership and the challenge of improving it. Every time I go to my place, I think of a new way I can improve it, how I would improve it, that is the real challenge.

WHAT IS THE THING IN LIFE YOU ARE MOST PROUD OF?

My family, especially my marriage. We have been married for 43 years, and she is one easy women to love. I am also very proud of my daughters and their families. I have three terrific son-in-laws and eight grandchildren. So, for me, there is nothing more important in life than family.

IF YOU HAD TO PICK ANOTHER CAREER….ANY CAREER…WHAT WOULD YOU DO?

I would ranch and farm full time. With the background I have and the love I have of doing it, it is just natural. I love working hard. I love sweat. It is what I have always done. There is a certain amount of peace and fulfillment that comes at the end of each day when you can see what you have accomplished.

WHAT IS YOUR FAVORITE THING ABOUT TEXAS?

The diversity of the land. I love the mountains of West Texas, the piney woods of East Texas, and the coastal plains to the south. Each one of our regions has its own wonderful aspect to it.

WHO IS THE MOST IMPORTANT PERSON IN YOUR REAL ESTATE CAREER?

Phyllis Browning was so important in the beginning and, without her support, getting started would have been more difficult. 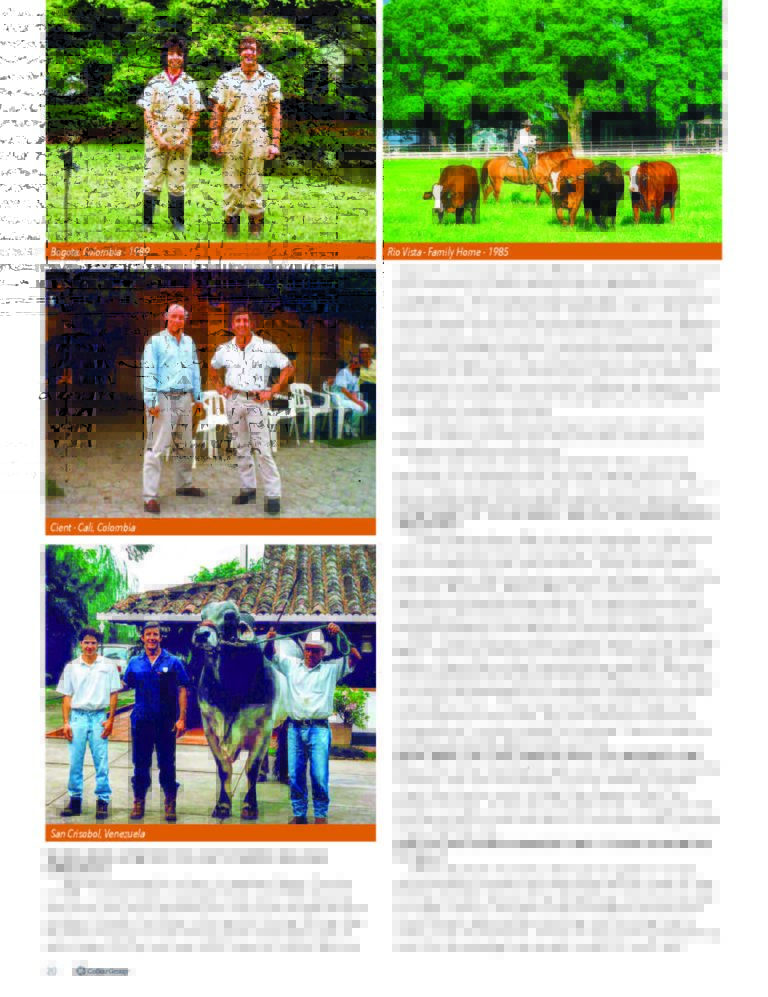 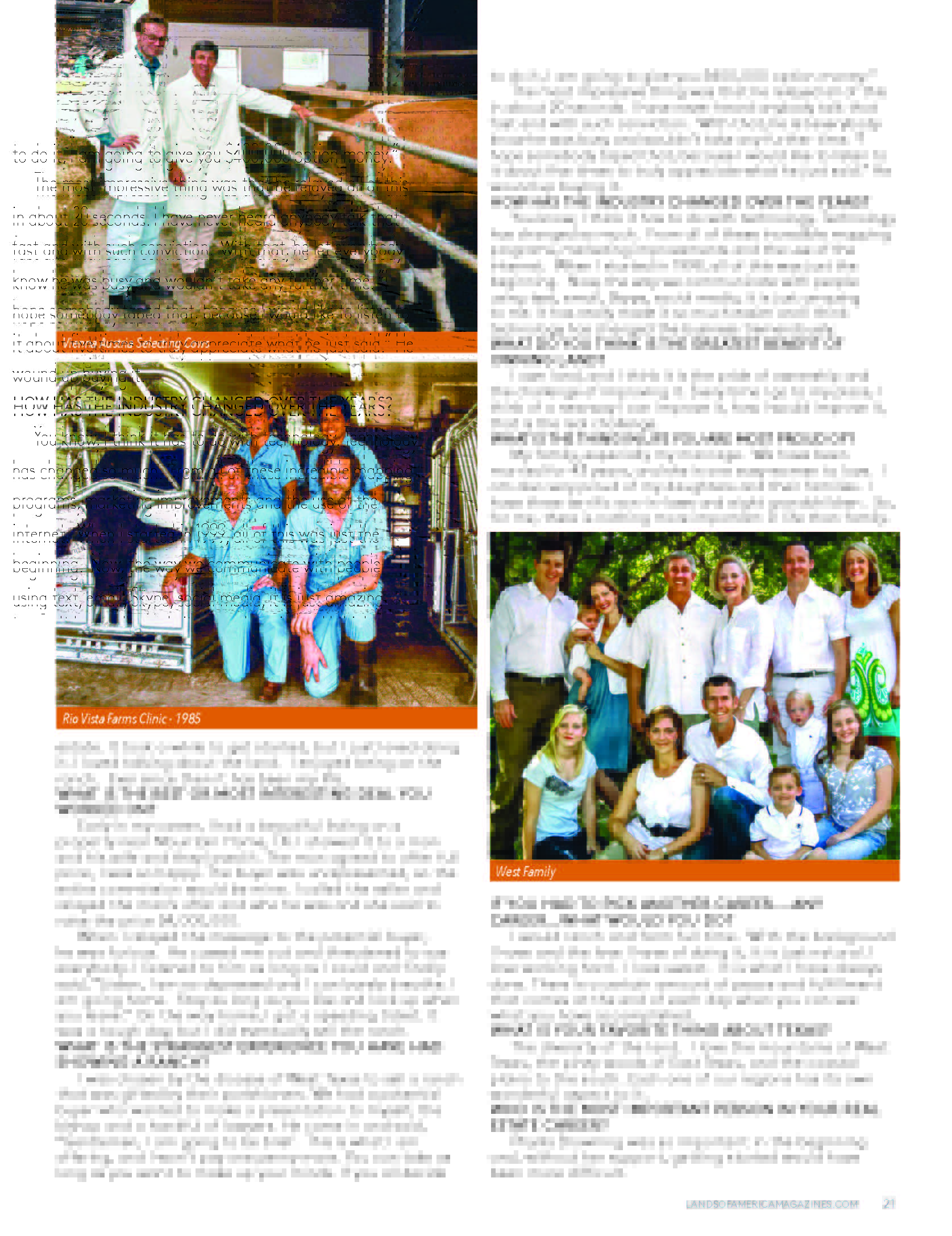